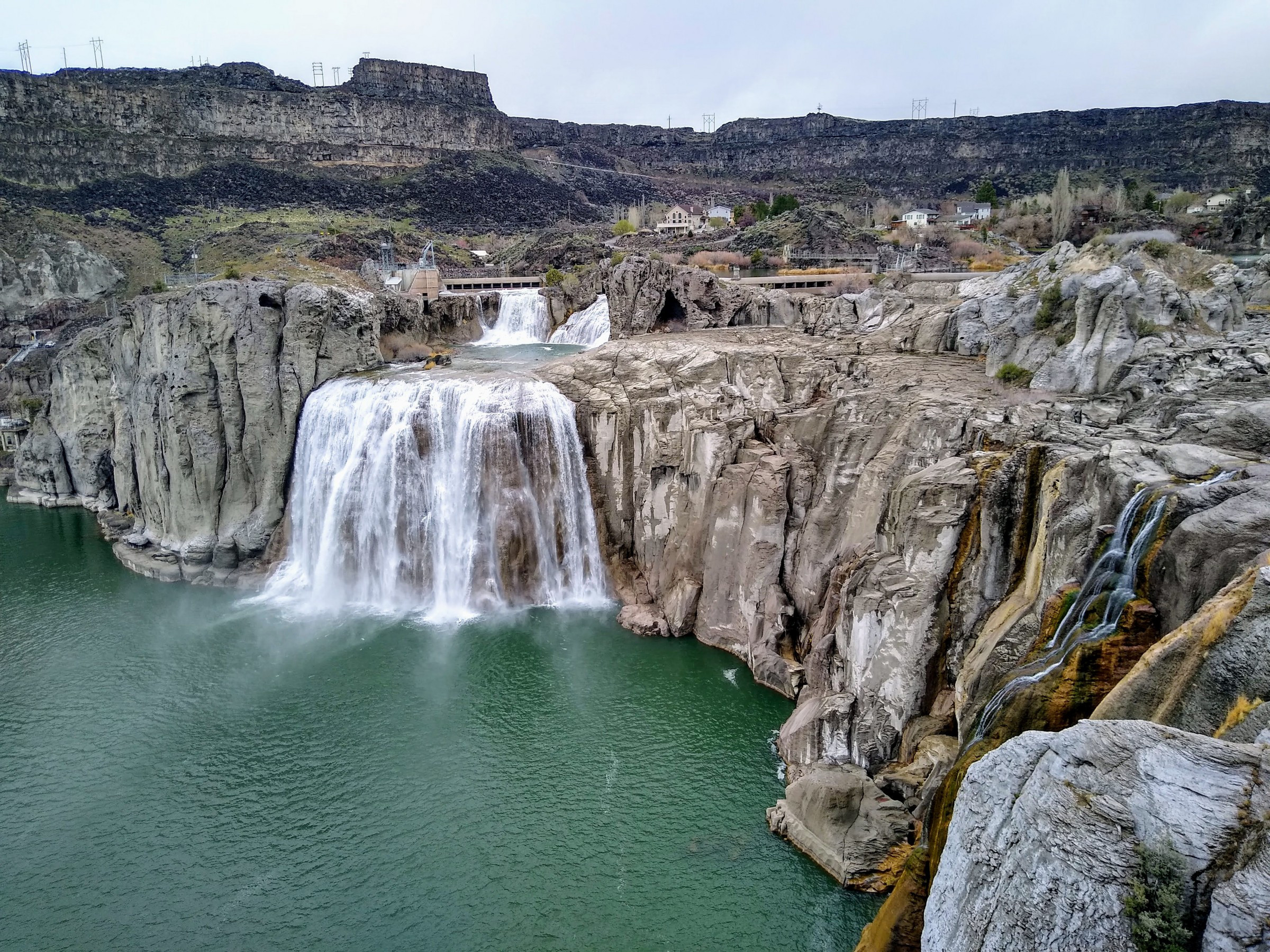 “Formed by the cataclysmic outburst flooding of Lake Bonneville during the Pleistocene ice age about 14,000 years ago, Shoshone Falls marks the historical upper limit of fish migration (including salmon) in the Snake River, and was an important fishing and trading place for Native Americans. The falls were documented by Europeans as early as the 1840s; despite the isolated location, it became a tourist attraction starting in the 1860s.