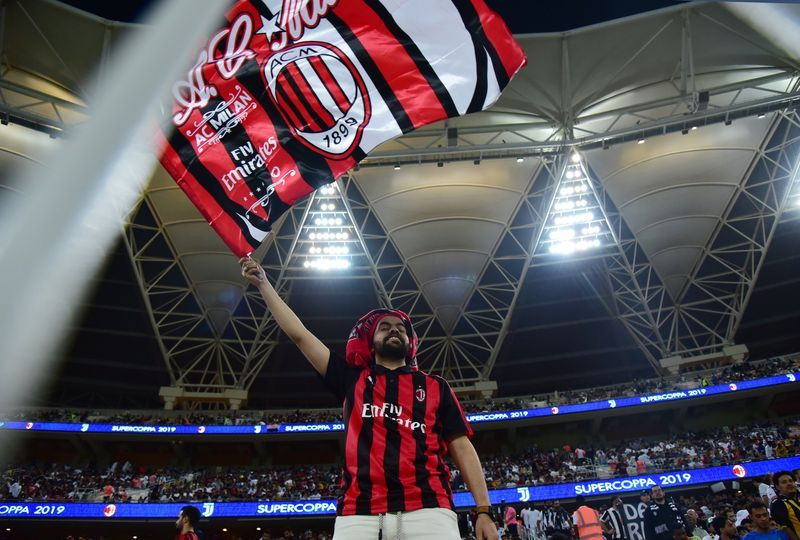 Milan, who finished runners-up last term, had put themselves in prime position to end their title drought this time around, capitalising on Inter Milan‘s poor form following the Serie A winter break to pull clear of the champions.

But as the goals have dried up so have the Milan wins, with two successive 0-0 draws allowing Inter to move back within two points of Stefano Pioli‘s side with a game in hand.

Milan and Inter are in action on Friday, at home to Genoa and away at Spezia respectively, where a slip-up by either side could open the door for their old foes.

Milan lead the way with 68 points from 32 games ahead of Inter and third-placed Napoli on 66 from 31 and 32 respectively.

“I don’t think there is a favourite in this title race,” Pioli told DAZN after last Sunday’s draw at Torino. “Don’t forget in the last three weeks people have said we were the super favourites, then Napoli, then Inter. It’s going to go down to the wire.”

Veteran striker Zlatan Ibrahimovic is nearing a return from a knee injury, which could be just the boost Milan need.

Napoli have to wait until Monday for their home clash with Jose Mourinho’s AS Roma, looking to forget their surprise 3-2 loss at home to Fiorentina last weekend.

It will be another stern test of Napoli’s title credentials, with Roma unbeaten in their last 11 league games, form that has given them an outside chance of sneaking into the top four.

They will have to overhaul Juventus if they are to secure Champions League football for next season.

The Turin side, who hae 62 points, are still in the title mix, having been unbeaten since November before their defeat by Inter two weeks ago.

Juve coach Massimiliano Allegri says they have no hope of catching title favourites Inter but, given that all three teams above his side have dropped points in recent weeks, they cannot be totally discounted.

What You Should Know About Swimming Pools